I’m afraid I’ve been neglecting you lately, but I promise I have good reasons. During the last month I’ve been applying to study an M.A, I’ve been to Croatia annnd I’ve created a legit blog with my very own domain! I got my domain from biz.nf which gives you your own WordPress domain for free!

I’m still going to post on this blog, but if you have a moment it would be amazing if you could go and check out my new blog and maybe save it to your favorites. It is primarily a travel blog with better versions of my old entries, and it will soon be stuffed full of new content including details of my trips to Crete, France, Spain, Portugal, and Croatia. I’m also going to a few other places before uni starts so I’m planning on filling it full of interesting and exciting things :).

I just published an article on MCXV which discusses some of the issues surrounding university tuition fees, graduate jobs and the hardships facing millennials in the U.K.

This article was inspired by last night’s BBC Newsnight debate. This debate was all about the ‘generation gap’ between under 30’s and over 60’s in the UK. They inevitably discussed tuition fees (they used to be free, now they cost £9,000 a year) and job shortages (you used to have loads of offers, now you have unpaid internships). I wrote

I wrote this article because it felt like everyone was going around in circles. They were talking about how unfair it is that things are so different now, but barely anyone tried to explain why things are different. People talk about free tuition fees as if they are the answer to all our problems, but university tuition fees are not the only issue.

How are more graduates going to improve an already overcrowded graduate job market? How is it surprising that it is so much harder to get a job now there is 1: so much more competition and 2: it is so much easier to find and apply for these jobs in the first place. Should we be encouraging more people to go to university? Why should degrees like events management or social care exist? And how can we realistically make things better for the future if we are still stuck in the past? These are the questions I am asking in this article, so if you have a moment it would be great if you could read it and let me know your thoughts!

Whilst I was in Porto I went on a Port wine tour! I pretty much never pay for tours, but this one was only €20, I learned loads about Port wine (which I happen to love), and I made friends with lots of Germans and ended up drinking Port wine by the river with new friends!

This wine tour us a great choice for solo travellers because you get the opportunity to try things you might not be confident enough to do alone, and it’ll make you really appreciate that glass of Port at Christmas because you’ll know the whole backstory behind it!

If you’re ever in the Porto area take a lookhere. They also do two free walking tours which will take you all over the city and teach you where to find everything you’ll need for a fantastic trip. I actually did both walking tours in…

Here is some more of my food photography. Enjoy :).

I have to admit that I did not cook this. This is a buffet plate from the best South Indian vegetarian restaurant ever. It’s calledDiwanaand if you’re ever around Euston you should go there and get ridiculously full.

I did cook this! Its my version of Chana Massala with some extra ingredients, and I’ll be posting the full recipe soon.

Tasty stir fry with pumpkin seeds cooked by yours truly.

This healthy pasta dish was made with £0.20 spaghetti and to be honest I really can’t taste the difference.

I made this ridiculously healthy salad and bread combo in Cordoba, Spain!

This meal has become a huge staple in my diet. It is stupidly easy to make, very cheap, high in protein and wonderfully filling. Check back for the full recipe soon! 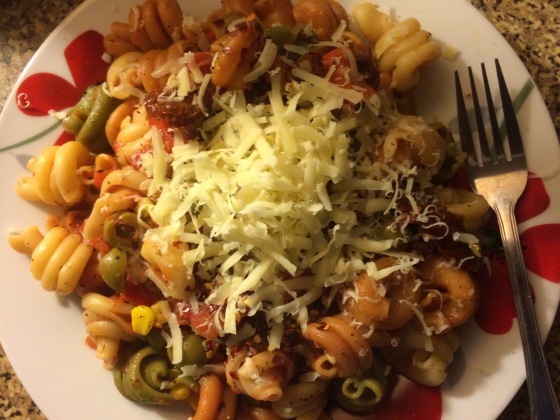 Who doesn’t love pasta? This swirly…

Here are some more photos from the beautiful city of Porto! Porto is sometimes overlooked in favour of Lisbon, but personally it was my favourite of the two. This is a mixture of street art, city life and palm trees. Check back soon for more photos and stories! 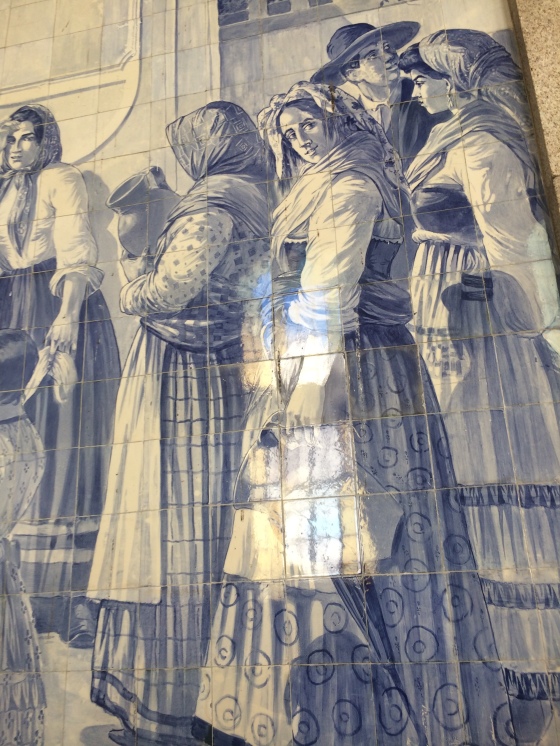 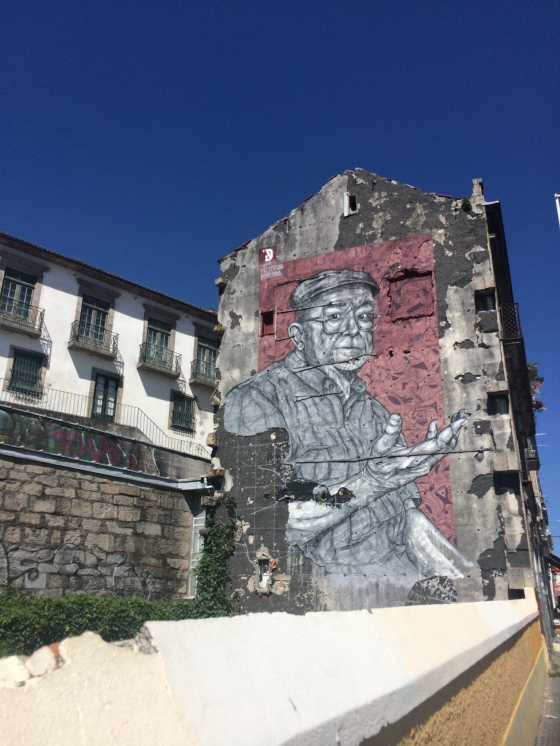 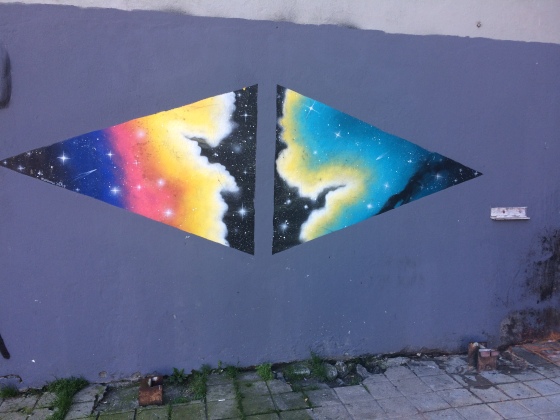 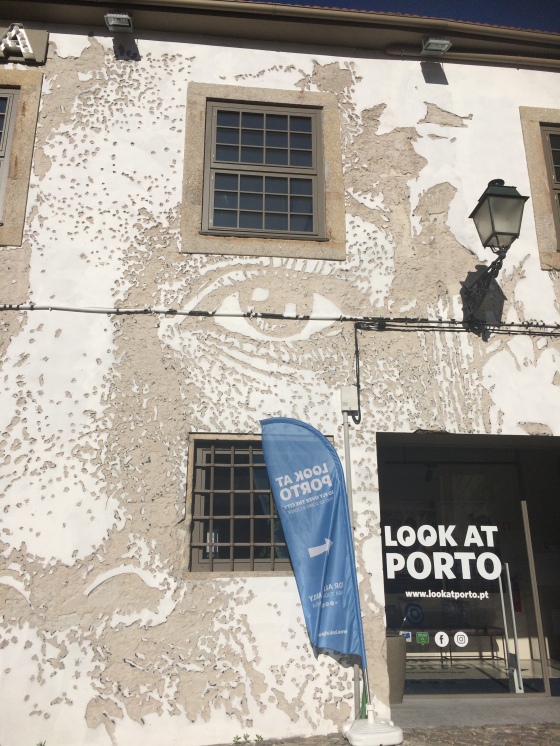 I did not realise this child had photobombed me until literally just now.

I’m a big fan of street art, and Portugal is full of it. Scroll down to see some of my favourites from Porto! 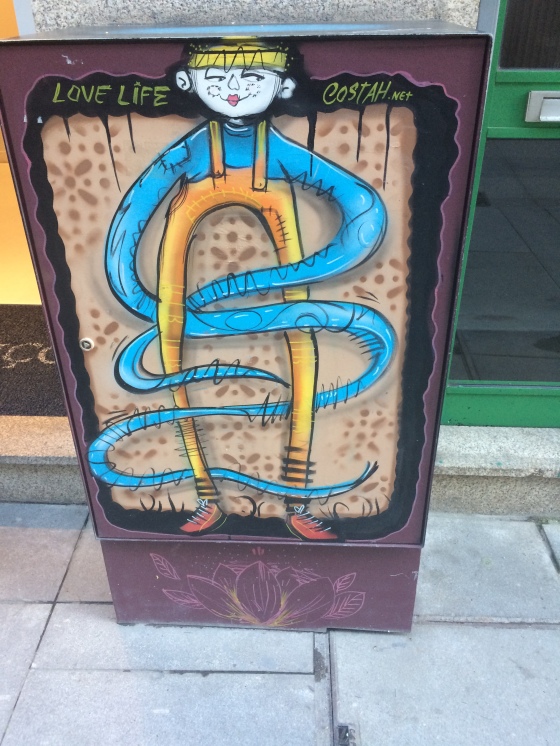 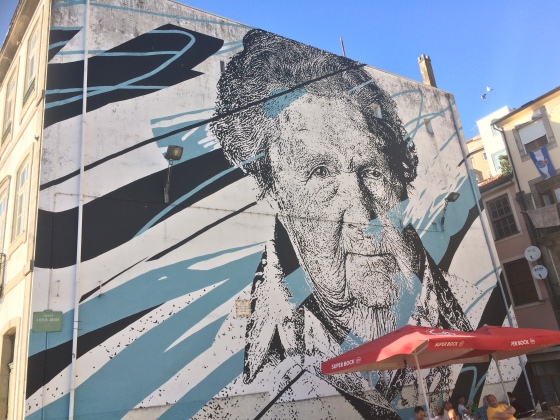 I am a writer for an online cultural/reviews magazine called ‘The Upcoming’ and on Friday I went to review a piece of experimental theatre called ‘Cock and Bull’. The show was a mixture of performance art, dance, and avant-garde theatre and it centred around the election, politicians and the words they say. The show was originally created in 2015 for the election and I really wish I had seen it then because the three identically clad gold handed Etonian performers were really channelling David Cameron, Ed Milliband and Nick Clegg (particularly David Cameron). This time around you can’t really say that Theresa May and Jeremy Corbyn look alike, say the same things or really have much at all in common with each other.

If you hate the tories, you like experimental theatre and you want to commiserate about broken political promises see if you can get a ticket to the FINAL performance this evening!

Take a look at my review here: http://www.theupcoming.co.uk/2017/04/28/cock-and-bull-at-the-southbank-centre-theatre-review/

I recently attended a debate which focused on whether or not ‘fake news’ is covered by free speech.  This topic is very relevant for bloggers because if you tend to focus on news and current events, you are contributing to the discourse and you are presenting your own view of the truth, a view which may or may not be widely accepted.

Would fake news laws shut down blogs just because the powers that be don’t agree with them? Who decides what is and is not fake? And what would that mean for political commentators, Youtubers, bloggers and keyboard warriors? Before you decide whether or not fake news should be banned you first need to think about what fake news is and who defines and decides what fake news is.

Donald Trump believes that the mainstream media deliberately lies about him and his fans. The public has, to some extent, always been dubious of the mainstream media but the rise of independent news outlets seems to be fuelling this distrust. Facebook and Google are clamping down on fake news. People are being implored to actually research the facts before they share a meme. Fake news is very relevant to a world where basically anyone can be a journalist and users alone decide what will go viral, but is fake news detrimental to or in fact supported by free speech?

I have written an article about whether fake news should be banned, the definition of fake news, the difference between interpretation and facts, and whether or not fake news should be banned. The article was published on MCXV, an independent news website which allows contributors to make a small profit based on a number of views they get. Is this the kind of website which would be targeted by anti-fake news legislation? Take a look and let me know what you think!

Authors - Get your book in front of an entire community of reviewers. Join Book Club to reach a larger audience! 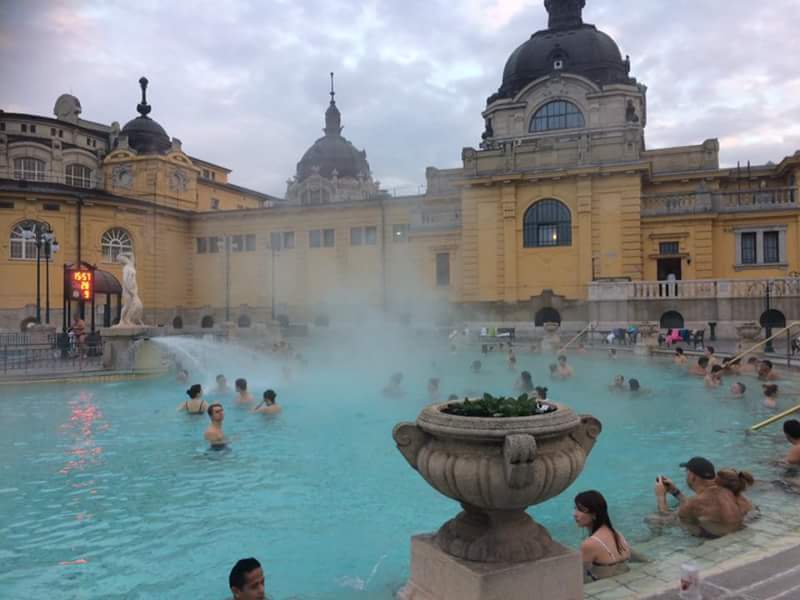 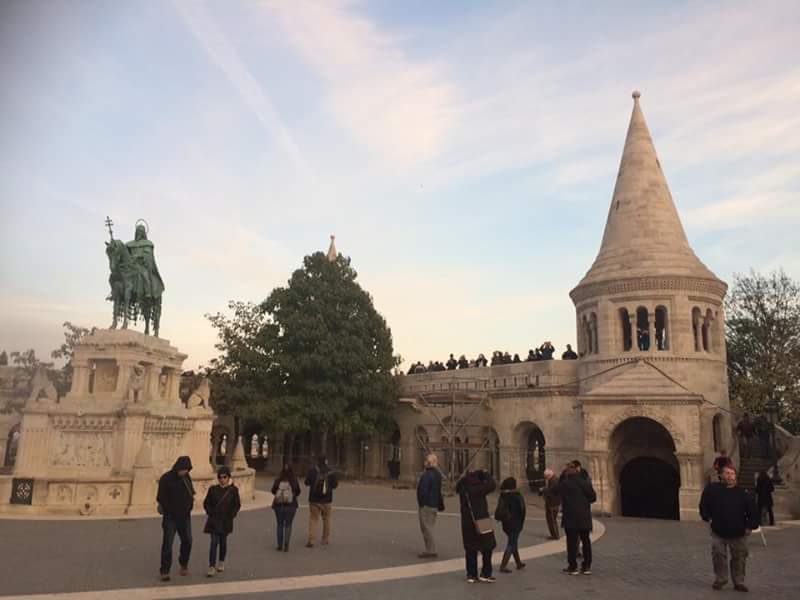 Live Whilst You're Alive
Write Naked

Let's cook something YUMMY at your HOME KITCHEN...

Come with me on a journey from London through Europe without getting on a single plane!

A collection of healthy recipes

An Independent Non-Discriminatory Platform With No Religious, Political, Financial, or Social Affiliations

Lunchshare, it's about sharing family recipes and ultimately eating food during an hour break with your friends

Changing the world one meal at a time