Click for my article on Jeremy Corbyn as the underdog of British politics.

I have long felt that the Labour party is suffering an identity crisis. The old Labour movement, the movement of Atlee, the NHS, and the welfare system was abandoned in favour of Tony Blair’s centrist movement, but that doesn’t appear to be working either. Jeremy Corbyn offers a return to old Labour, to the values Labour used to represent. Perhaps those values don’t have a place in this country anymore, perhaps the working class has changed too much.

Perhaps society has changed too much. If this is the case, and Labour cannot go back to its roots but it can’t re-imagine itself as anything more inspiring than a second rate Tory party whose main policy is seemingly slightly ‘nicer’ than the Tories, then perhaps it’s time for something new. Perhaps Labour should split, if that is how things are going. All I know is that we need differences of opinion in parliament, we need parties that differ enough that people feel that they have a choice. We need parties that represent people, that give them a voice. Parties people will support. And if Labour can’t be what it used to be but doesn’t have a good enough alternative, then something needs to change.

Corbyn has the support of a lot of people because they don’t see him as part of the establishment, because they see how much the media and the MP’s hate him. And this increases his popularity because he seems different. He’s an underdog. He shares people’s values, and that scares the establishment. He seems nice. He would rather hang out with and support local, ordinary people, then bother with the rituals and ceremonies required of politicians. Perhaps this isn’t a good enough reason to support him, but if enough people feel this way then they deserve to be heard, and if enough people want him in power he should stay.

Authors - Get your book in front of an entire community of reviewers. Join Book Club to reach a larger audience! 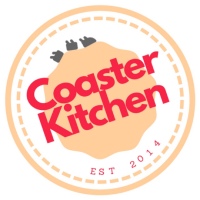 Let's cook something YUMMY at your HOME KITCHEN...

Come with me on a journey from London through Europe without getting on a single plane!

A collection of healthy recipes

Lunchshare, it's about sharing family recipes and ultimately eating food during an hour break with your friends

Changing the world one meal at a time